days before the Press Conference

Until the 9th of December 2017, Infocom.kg has managed their domain using a third party free infrastructure from Yandex This weak outsourced setup seems surprising for a State Enterprise that claims to follow high standards of computer security.

Until then, the State Enterprise (SE) Infocom  has run all the State Registration Services (SRS) as part of a small network suballocation in the 212.112.124.128/26 space allocated to the IET KSTU.

It was inside this small network where we discovered the reverse proxy 212.112.124.142 that hosted samara.kg and later mls.kg

The 14th of December took place in Bishkek the press conference where SRS announced officially  the long awaited results of their “Samara” internal investigation:  “Trust us, no evidence was found”.

But in a surprising last minute turn in this case, Infocom decided to migrate all the services in their network to a new setup removing the reverse proxy from the address 212.112.124.142

The morning of the 8th of December, Infocom started the migration of their services to a new allocated IP space obtained from RIPE as a new LIR in middle November. The route was present in the BGP routing table for first time the 18th of November 2017. 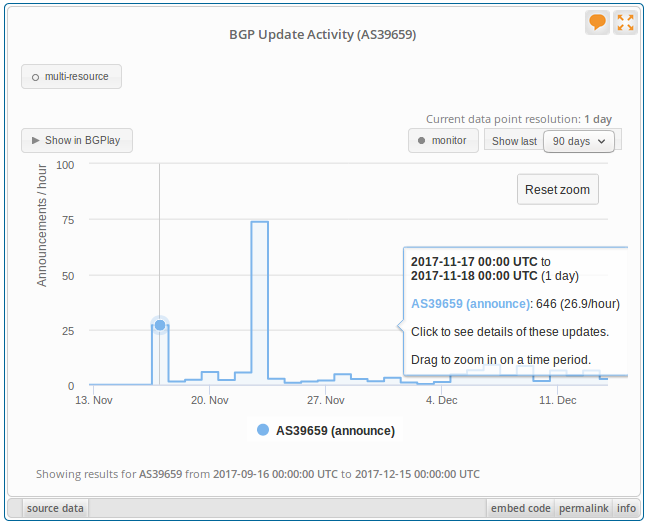 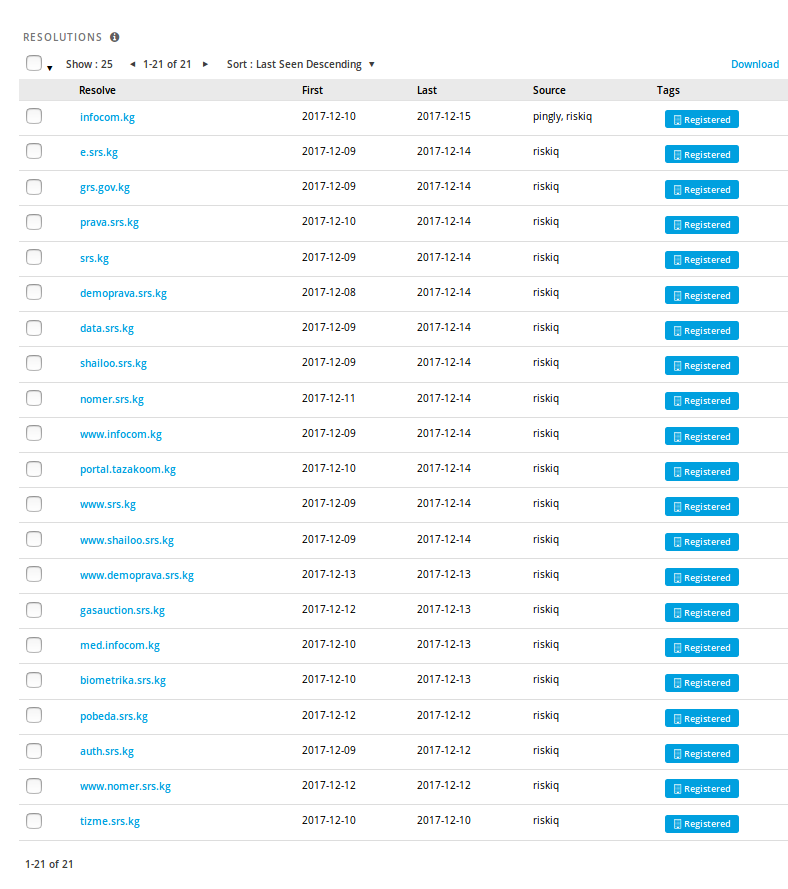 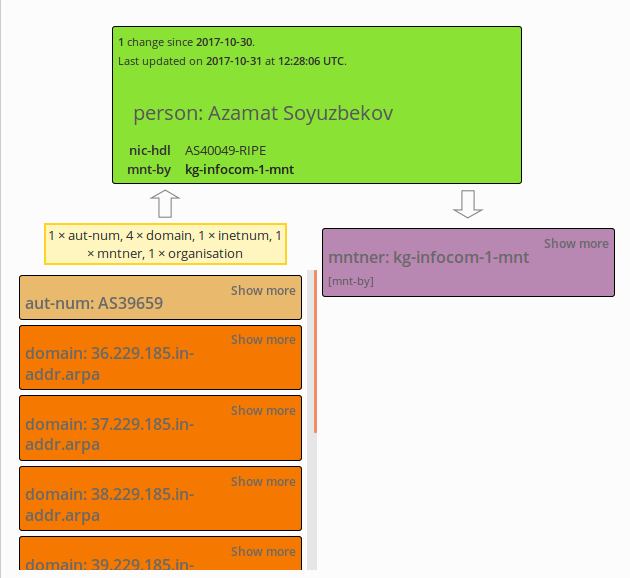 During the weekend before the press conference, the infocom.kg domain zone in yandex.net was initially updated with the new SOA counter record 2017120801. On Saturday 9th,  two more DNS servers were added ns1.infocom.kg and ns2.infocom.kg to the pool dns1.yandex.net and dns2.yandex.net using a completely different SOA record 2017112912 (problably these ones were initially configured the 29th of November)

It seems that this new setup has been done in a hurry, judging for the several consistency problems that they have encountered and the current errors in this new configuration as described here 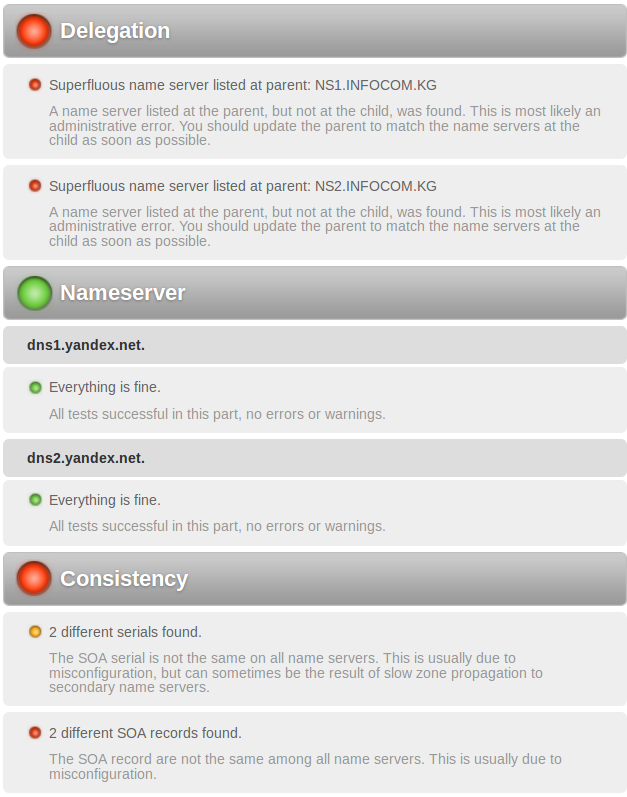