During our initial forensic investigation of the distribution of fake Android applications in Iran in January 2018, we identified the actor “APD” with the e-mail apd_1379@yahoo.com to be the developer behind the fake application “psiphon6”.

The application that was distributed via SMS phishing messages included “click fraud” and “spyware capabilities”. Once the victims have installed the fake application, the infected mobile devices are remotely controlled using two mobile notification services, namely: pushe.co and onesignal.com.

A first analysis of the code showed that the application helps to increase the visibility of certain content in Telegram and Instagram by remotely controlling the botnet of compromised mobile phones. The fake Psiphon6 App  can also hijack Telegram accounts, bypass two-factor authentication, steal SMS, retrieve phone contacts and track the location of the device.

Our initial report pointed out that the developer of the malware is likely to be  “APD” aka “Amir Parsa Dehfuli”, a consultant of  “Digital Marketing” company Ad Venture. Ad-venture.ir is a start-up company with focus on Telegram campaigns, that currently is using the Twitter account @telegrampreneur.

Alireza Agashi, CEO of Ad-venture.ir participated in the “Digital Marketing Conference” (dmconf.ir) in November 2017 with focus on the amazing opportunities that Telegram has for digital advertisement.

When the founders of Ad-venture (Mohammad Reza Niayi and Alireza Agashi) were asked about the relationship between their company and “APD”, they acknowledged that “APD” helped them with the design of their website using the temporary domain ad-venture.ml. According to their statements, despite the fact tat Ad-venture.ml shared development infrastructure with the server that distributed the malware (serverclient12.tk), “APD” acted simply as a consultant for the company and all malware related activities were not connected with their company.

When asked about the period of time that “APD” was collaborating with Ad-venture, Alireza Agashi stopped providing information and asked us to contact the developer directly. Despite numerous attempts to reach out to “APD”, no response has been received. 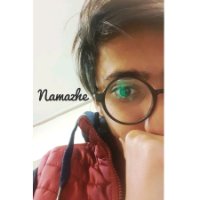 Thanks to the early work of @hooshmandk published in AmadNews (Jan 12, 2018), APD found out that he was the main suspect of distributing the psiphon6 malware and deleted his Linkedin account that included the current work description “Iran – BI Consultant – Ad-Venture”.

Despite his effort to delete all digital traces, this is what we know of “APD”. 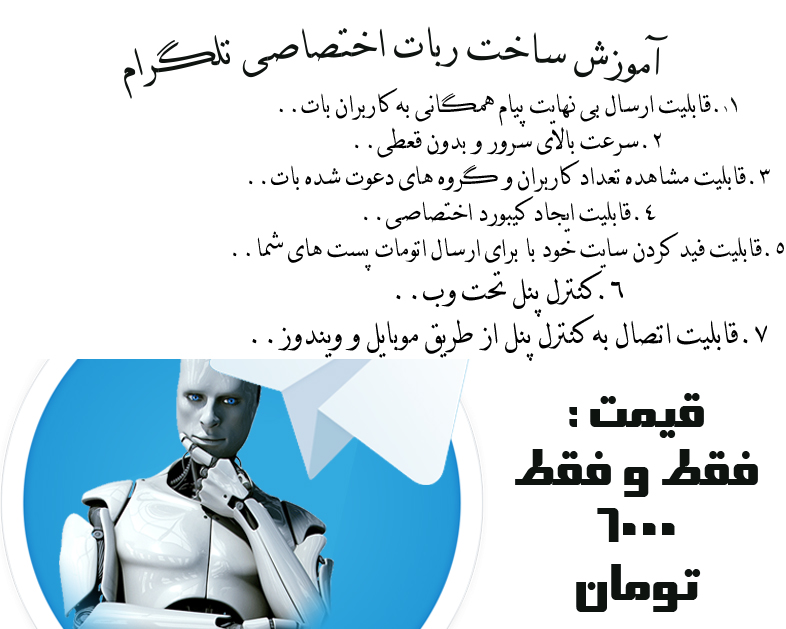 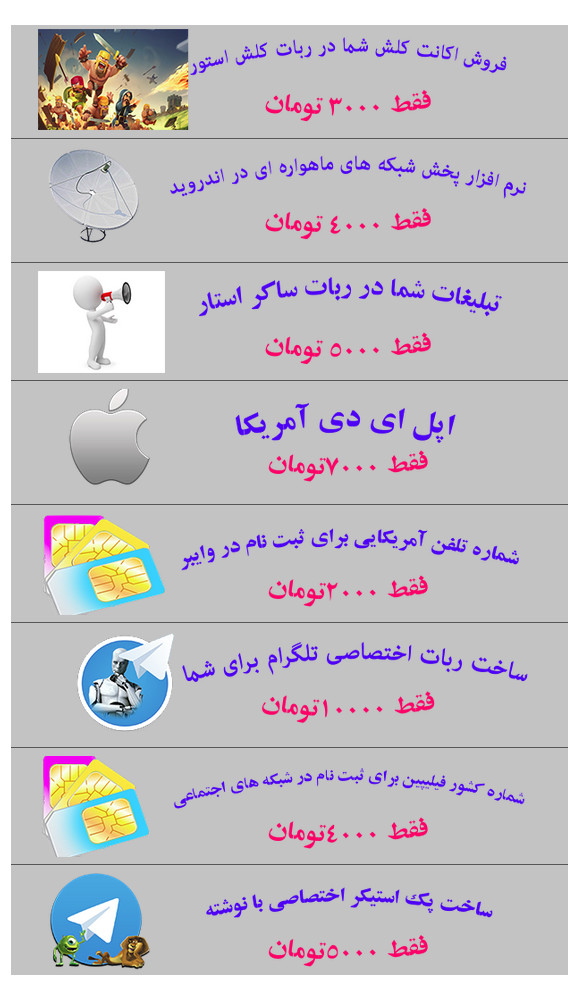 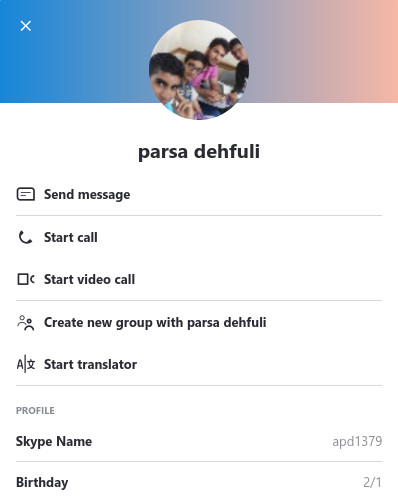 How close is “APD” with Ad-venture.ir?

Despite that Ad-venture wants to put some distance between them and “APD”, social media activities reveal communication between the actors in December 2017 and early January 2018. Both Ad-venture’s founders are followers of “APDs” Twitter channel @inamazh (13 followers).

Our understanding,  later confirmed by Ad-venture’s CEO, is that “APD” was working on their new website in a development environment using the domain ad-venture.ml until late November 2017, which a few weeks later went live as ad-venture.ir. Up until today, Ad-Venture keeps their company LinkedIn page with the .ml domain.

In one of the two pictures that the company’s co-founder Mohammad Reza Niayi has in his Google+ account, we can see “APD” present in what seems to be a company staff meeting. One interesting fact is that APD registered his domain namazhe.net, the “Digital Marketing Solution Finder”, the same week that Ad-venture.ir went live. 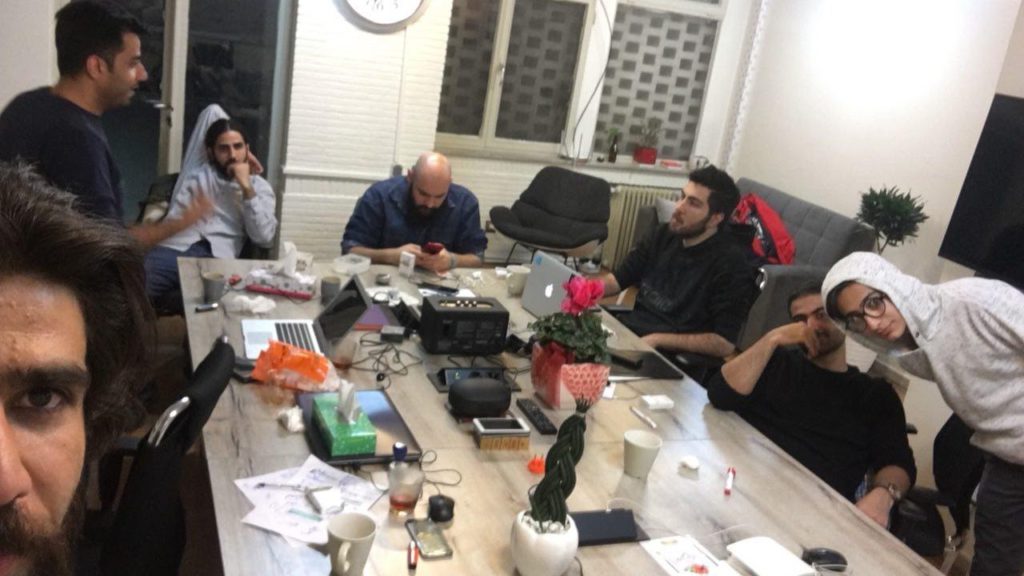 The forensic evidence collected explains the obvious resistance of Ad-venture to provide more specific details about this case and that the company is in fact well aware of the malicious mechanisms used to increase “traffic views” exploited by “APD”.

Compromising mobile phones to run “digital marketing campaigns” seems to be an effective method to drive fake traffic to advertisers but might not be considered good by the victims that get their privacy compromised. Psiphon6 is not just a “click” hijacker but contains functionality to retrieve personal data from the victims. 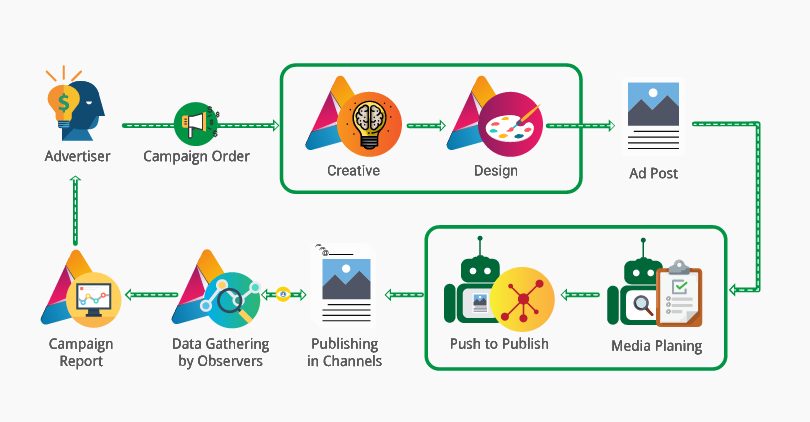 A careful review of this diagram in Ad-venture.ir website shows that the file is named “bot chart” 🙂

Is the fake psiphon6 app distributed in January still active?

Despite multiple messages exchanged with Ad-venture and the mails sent to “APD”, we could not obtain a clear explanation of the events. We wanted to know if the malware was still active and if they have stopped their activities. So this is what we did.

In order to understand what the software is trying to achieve, we reverse-engineered the Android application and wrote our own Android application that listens to all commands coming from the notification service. In this way, we have been able to record each of the commands that have been sent to our phone.

The result is that despite all the e-mails exchange, the malware remains active. The attacker is no longer using the pushe.co notification channel (the account might be suspended) but using a fallback notification channel from “onesignal.com” to control the botnet of the compromised phones.

At the time of writing, we have recorded 2-5 push notifications per day, each of them containing 12 different post messages. Each of them, forces the mobile “zoombies” to load specific content from seven different Telegram channels during three seconds: 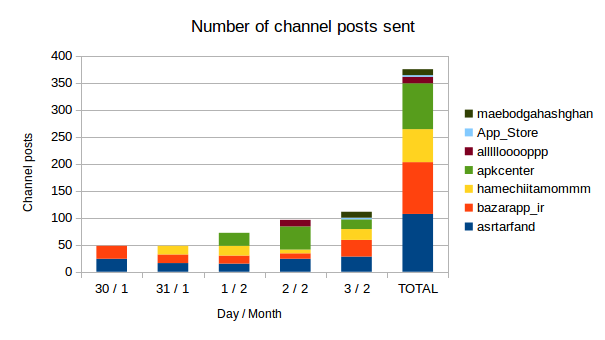 Number of requests sent by our “compromised” phone to the seven Telegram channels during the period Jan 30 – Feb 3.

Are the “other Apps” announced to compromised devices also risky?

Many of the postings include references to other fake APK with similar backdoors. For example the post https://t.me/bazarapp_ir/4467 points to a fake clone “com.panel.keyboard” of the app “ir.samaanak.keyboard”. The cloned and modified App contains a backdoor.

Judging by this picture found in the commented code of ad-venture.ir website, APD’s glasses are “somehow” something that makes this team of “advertisers” unique! 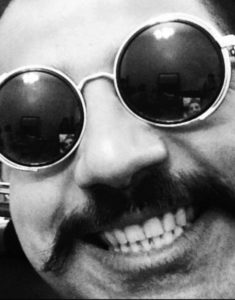 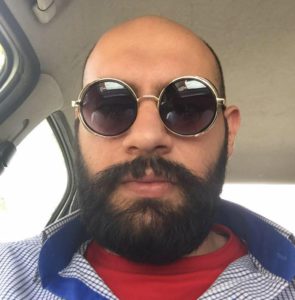 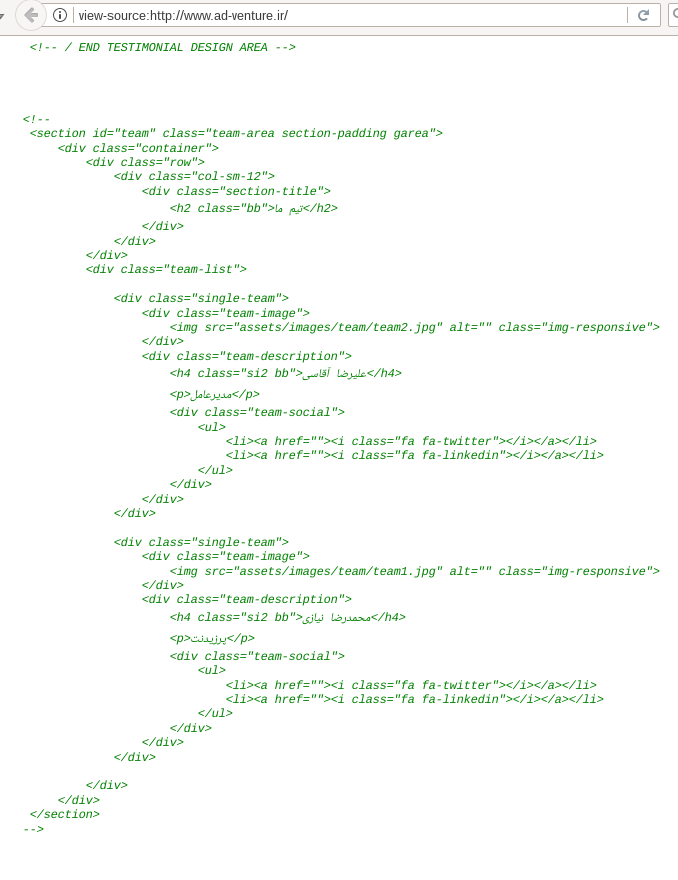 There are lots of lessons learned from this case.  Let us list a few:

Example of the variants of Telegram that fake ir.samaanak.keyboard targets