During the 4th of August 2018, two several media outlets of Azerbaijan received denial of service attacks: gununsesi.info and azadliq.info. The attack technique and signature was not new but the infrastructure that supported the floodings had some very specific characteristics.

Our investigation traced back the attack to a Proxy Service known as fineproxy.org, registered in the name of QualityNetwork OÜ in Estonia. This report explains how the owner of the service fakes the geolocation information of the network that host the proxies and facilitates the use of his service for network abuses as the launching of denial of service attacks.

Starting the 4th of August at 16:30 PM and for the period of 2h and 30 minutes, we received an application layer denial of service attack targeting the website Azadliq.info.

The attack that targeted the “Search” functionality of the website, aimed to bypass our mitigation by performing slow but simultaneous searches from 5500 IP addresses. This attack is not new to us but this specific botnet has some interesting features worth exposing.

One very interesting feature of this botnet is that it spoofes the geo location information of the network prefixes to fool geo location mitigation techniques.

The botnet uses a total of 50 different countries being the most common ones: RU, UA, GB, DE, CH, CZ, US and NL

For example only AS200557 Region40 alone accounts for 46 of those spoofed countries.

How is this done in practice? The owner or leaser of the IP space, creates objects with fake geolocation information in RIPE (that are later on used by Whois or geolocation databases like Maxmind). By faking the location, the IP owners of the infrastructure claim to have “global presence” when in fact most of the announced prefixes are in very few data centers.

A detailed breakdown of all the prefixes, their upstreams paths and fake geo-locations is now available to download [ fineproxy_bogusgeo ]

The following graphs shows how many IP addresses were used per /24 during the attack. 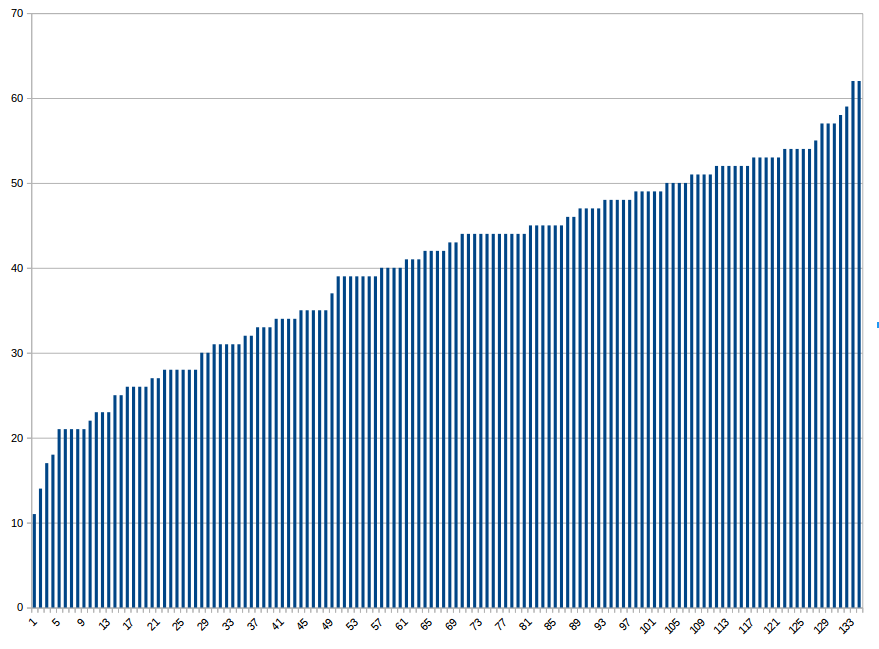 A inetnum object was created in RIPE that looks as follows:

This double allocation of /25 prefixes is common in fineproxy.org

Latency talks to us too

A list of prefixes and latencies from Sweden is available fineproxy_ping2

Latency values are consistent with the ASPATHs and possible data centers. With the exception of networks announced from the USA (Las Vegas and LAX) latencies are pretty constant and shows how the country: filed is abused. 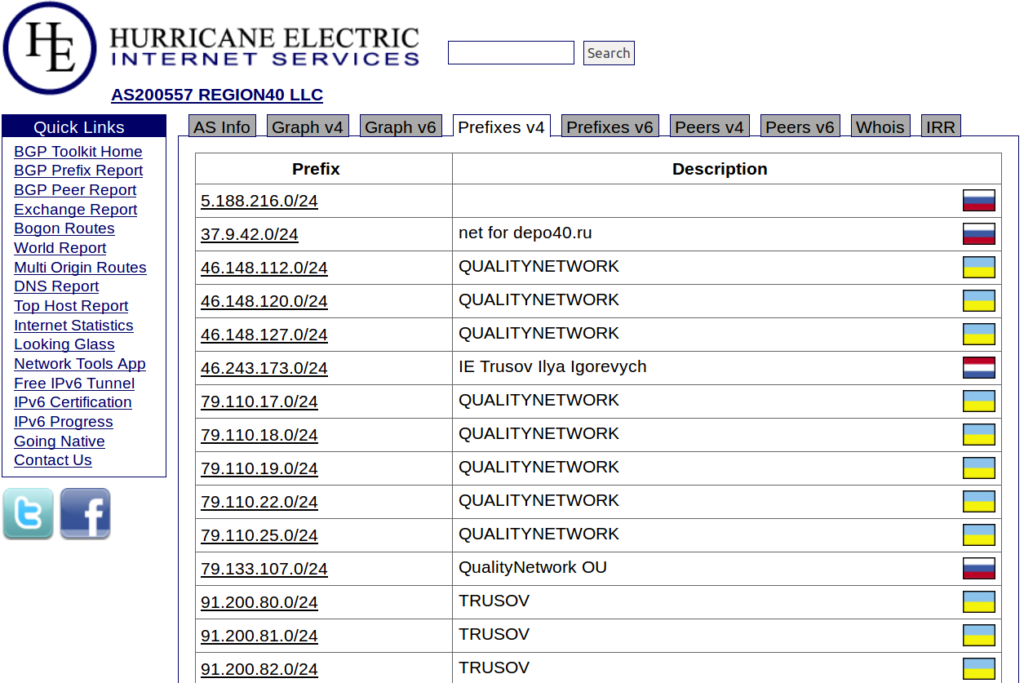 We also identified what it seems a new infrastructure of Region40 in Estonia. This new provider UGB Hosting OU seems to announce ten /23 prefixes of Region40 aka QualityNetwork OÜ used during the attacks. The traffic is routed upstreams via Telia in Estonia.

If we look for example for the prefix 185.252.186.0/24 we can see it is reported as in country “France”.  Latency values from this network are < 10 ms from Sweden and routing information points that this network is in fact in Estonia. 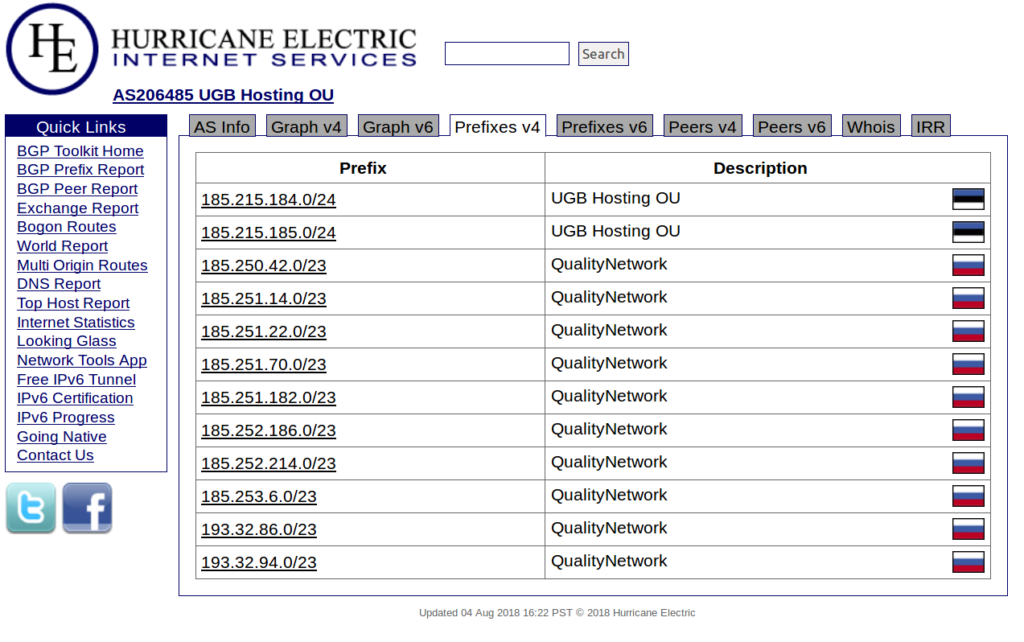 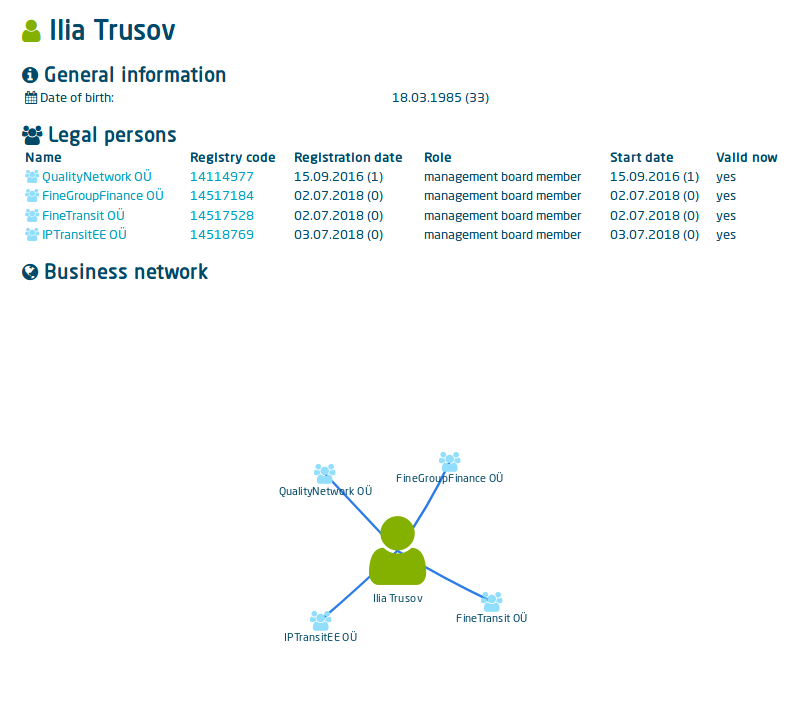 Iluxa85 (33) can be found in discussion forums promoting finevpn.org and that gaves one more hint of what those pools of IP were used for.

fineproxy.org  – A proxy network as a service

When placing an order we could confirm that fineproxy.org runs associated to QualityNetwork OU in Estonia. 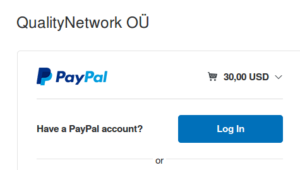 Update 8th August 2017
We finally got the time to review all the logs and these are our findings: