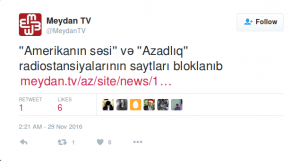 The 28th of November 2016, we received information from trusted sources[1]  inside Azerbaijan that at least two independent news sites were loading poorly, namely Azadliq and Voice of America.
Although some web requests seemed to arrive to azadliq.info and no obvious full blocking was talking place, we concluded that the only possible reason that the website was not loading properly was a consequence of packets being discarded inside of Azerbaijan.
During the last two weeks we have conducted a set of tests to identify the root cause of the poor performance of the websites inside the country. This report summarizes some of our technical findings.

As a hosting provider of Azadliq’s website, we are monitoring nearly hundred different parameters that can impact the performance of their website. We keep historical data of such indicators, which allow us to spot changes in latency, jitter or traffic behaviour.
Once we concluded that the website was not affected by a general routing or network outage, we looked closely into three parameters: (1) TCP retransmissions, (2) Duplicate ACK packets and (3) TCP Segments Lost. These three parameters alone gave us a good fingerprint of what looked like artificially engineered bandwidth throttling and network congestion. 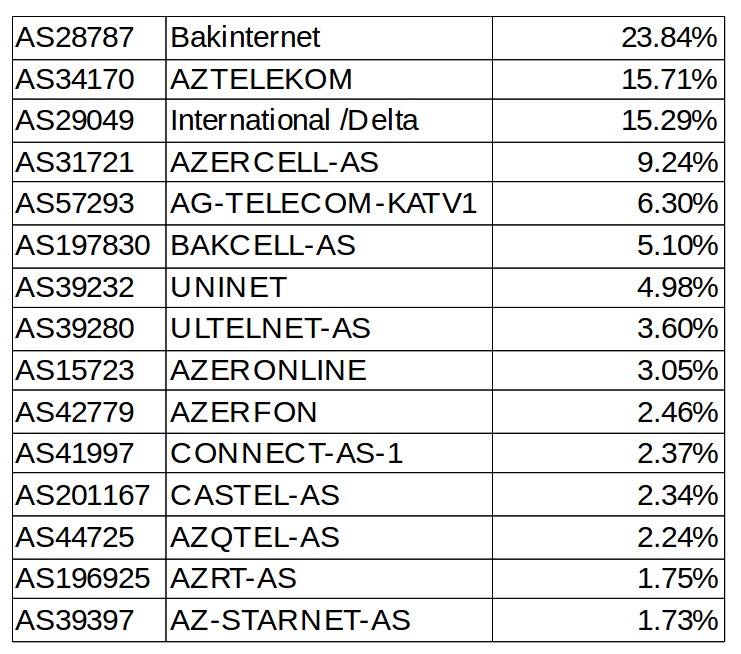 Distribution of HTTP requests arriving to azadliq.info from Azerbaijani ASNs.

Table 1 shows the distribution of HTTP requests arriving to the Azadliq website from Azerbaijani ASNs that seem problematic.

After eight hours of testing, we decided to enforce HTTPS on all content of the website as traffic throttling was only affecting port 80 (HTTP). Moving the website to HTTPS, unblocked the artificially created congestion and the website was fully reachable from Azerbaijan. 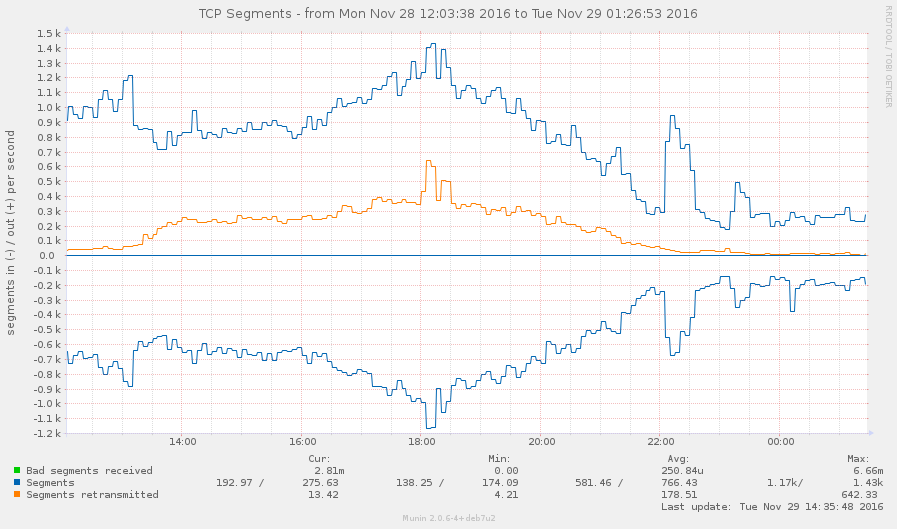 Graph 1: The retransmissions dropped dramatically at 22PM when the site was moved to HTTPS.

Ten days after identifying the network congestion, we witnessed again TCP retransmissions. After a new round of tests, we concluded that the problem was caused by the same technique used the 28th of November 2016. 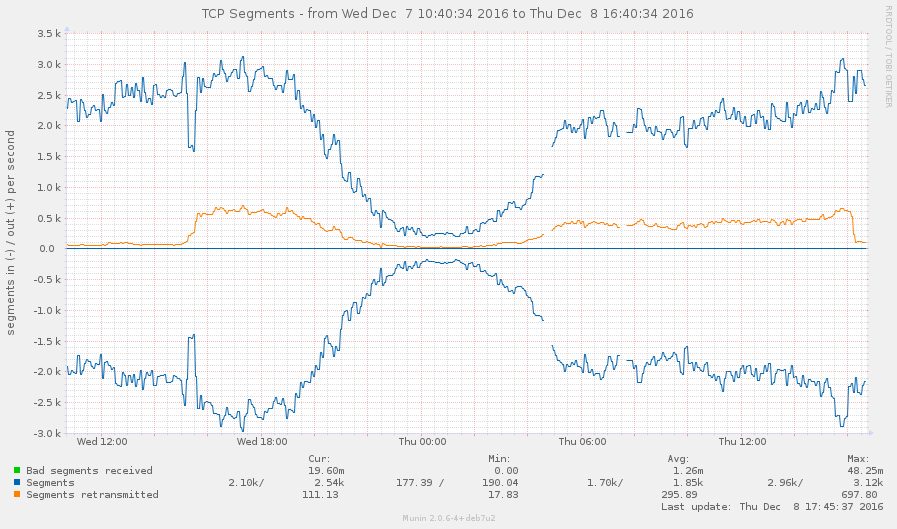 Graph 2: Retransmissions reappeared on the 7th of December, but stopped when the site was moved to a new location.

Graph 4 shows congestion by looking into the performance indicators of TCP Reno, an algorithm used to handle congested links. The graph plots the “ACK Recoveries”, that helps us to match the time when the congestion start and to check if our countermeasures are effective. 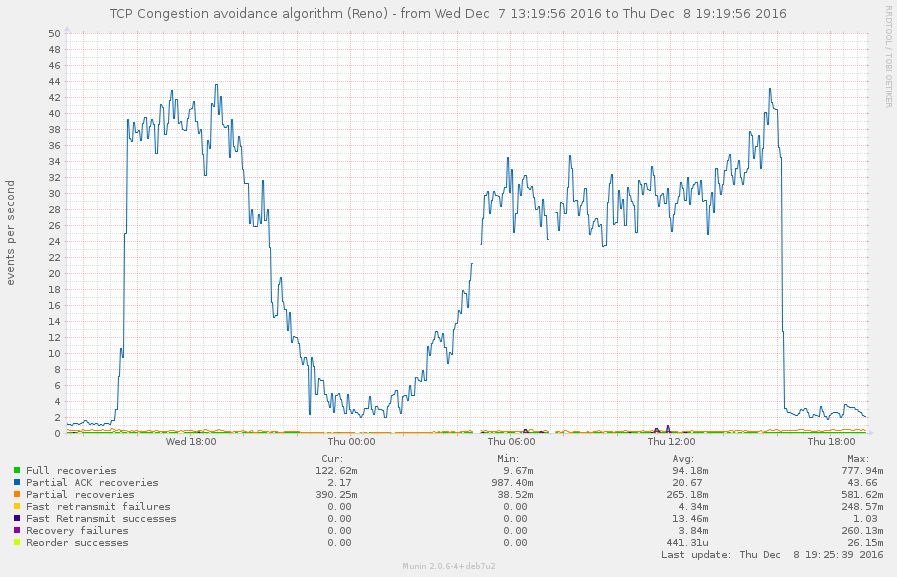 A new throttling is implemented the Saturday morning, our graphs shows immediately the increase of TCP retransmissions in the sever side. 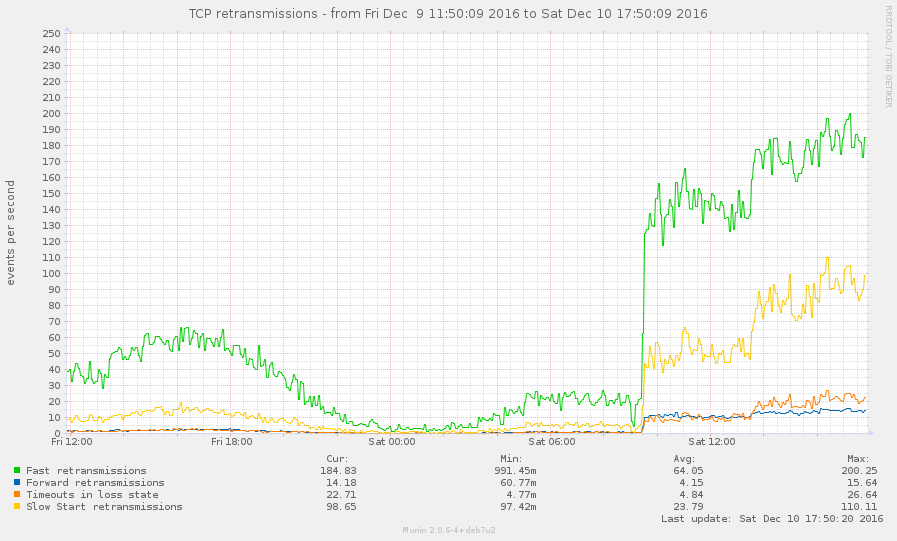 Graph 4: The increase of TCP “Fast Retransmits” indicate according to RFC 2581 the arrival of 3 duplicate ACKs (4 identical ACKs without the arrival of any other intervening packets) as an indication that a segment has been lost.

According to the data showed in Graph 5, we can see that duplicate ACKs from inside Azerbaijan arrive to our server that indicate that traffic is dropped from the server to client direction (downstreams). 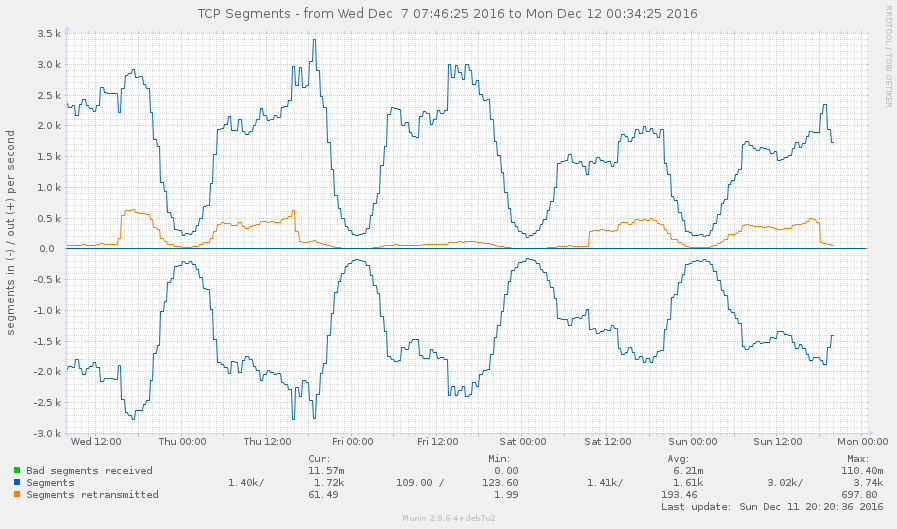 Around 7:30 AM UTC, azadliq.info was fully unreachable from inside Azerbaijan until 12 PM (UTC), then congestion started again until we decided to move the website one more time at 15.00 PM UTC. 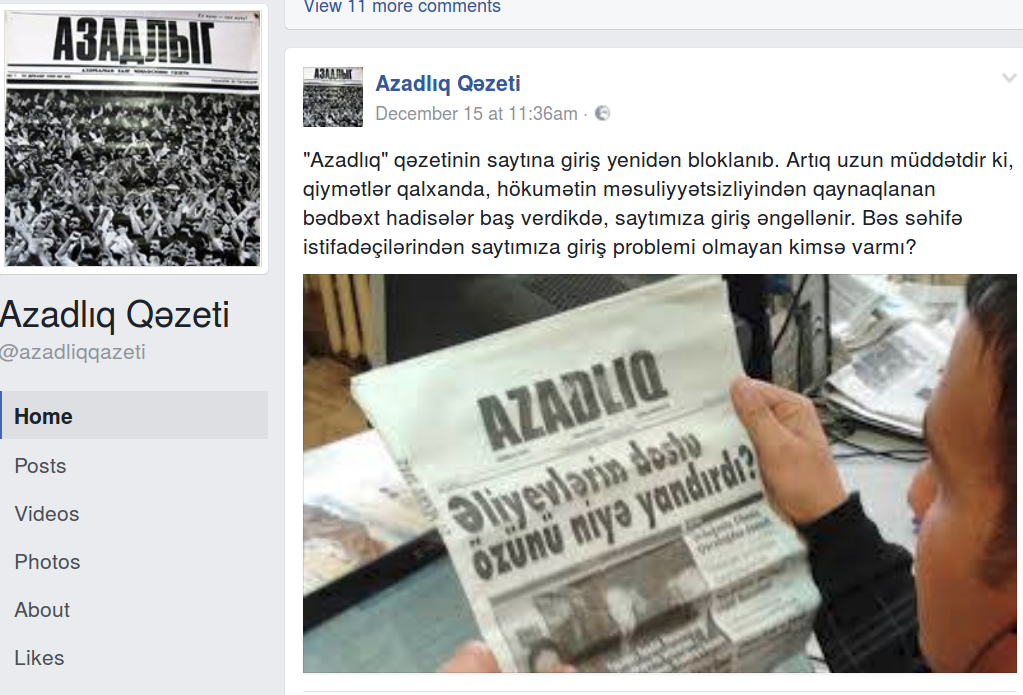 The following graphs shows the period where full block was effective against the site. 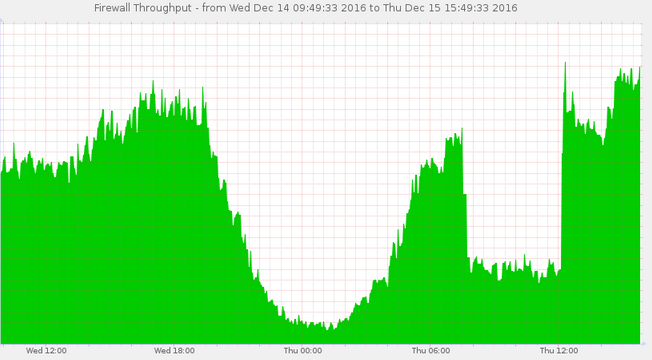 Around 12 PM UTC, the heavy blocking was released and a new  “artificial congestion” was in place. During this three hours period, we recorded the values of TCP retransmissions in one minute periods. This indicators are currently used to trigger alarms in our system so we can promptly detect new attempts.

After collecting enough information,  we re-allocated the site for the forth time. 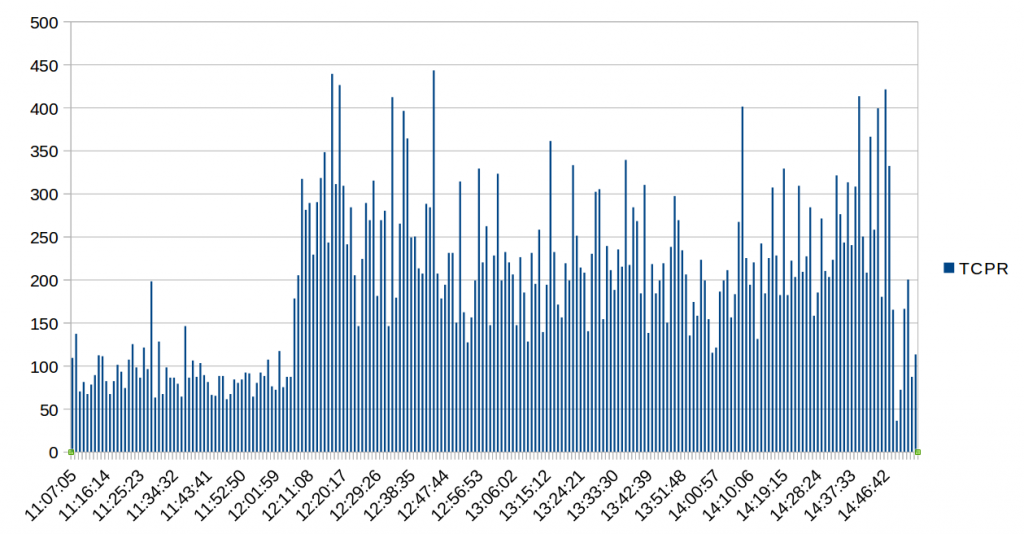 The following providers were having issues reaching the site 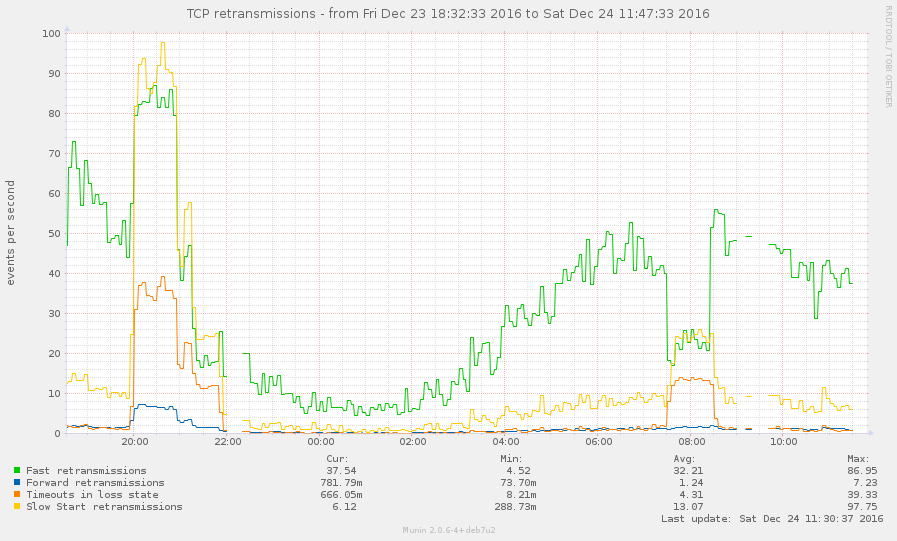 We have also collected Google Analytics for the past days to see the impact of the blocking-congestion and to have a third party organization recording such effects.

The 28th of November 2016 at 11PM, we enforced HTTPS as we could verify that traffic congestion was only taken place in port 80.

The 8th of December 2016 at 17PM, after more than 24h monitoring the congestion, we moved the site to yet another location. Moving the site to a new location automatically brought the traffic back to normal behavior.

The 15th of December 2016 at 15 PM, we moved the site one more time after seven hours of different congestion filters implemented in Azerbaijan. The first five hours resulted in a full block of the website

More technical Details about the blocking are available here